Gundagai is a small town in South-western New South Wales, Australia. Located on the Murrumbidgee River and near the Snowy Mountains, Gundagai has become a popular tourist destination due to its natural beauty and its many attractions. 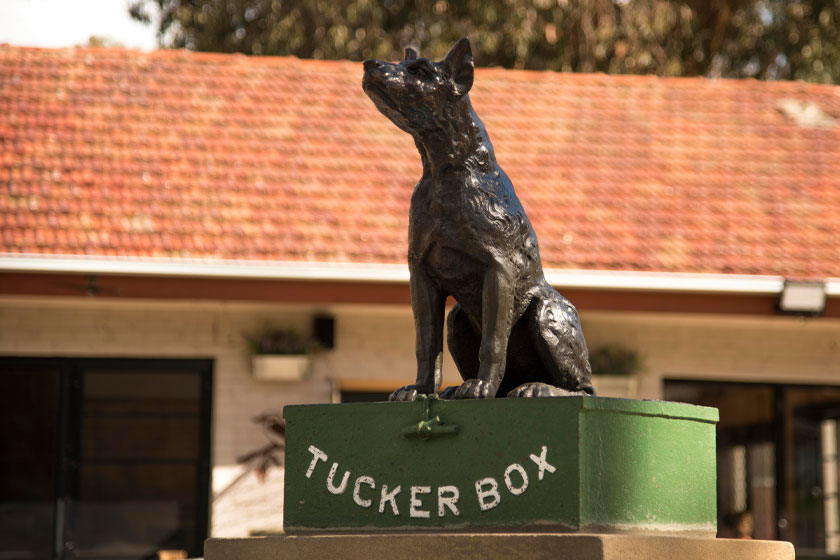 Gundagai will be forever associated with the Australian folklore of ‘The Dog On The Tuckerbox’ and the characters in the stories of ‘Dad & Dave’ at Snake Gully by Steele Rudd. Visit the many historic buildings listed on the National Trust Register.

The Dog on the Tuckerbox is a monument 8 Kilometres north of Gundagai, that was created by Frank Rusconi in 1932. It is a tribute to our early pioneers and settlers. The story of the Dog on the Tuckerbox originated from a poem by ‘Bowyang Yorke’ and the story was subsequently immortalised in song by Jack O’Hagan.

Gundagai is an incredibly charming and picturesque small town located in south-western New South Wales, Australia. Sitting on the banks of the Murrumbidgee River and nestled against the stunning backdrop of the Snowy Mountains, Gundagai has been a popular tourist destination for decades.

Gundagai is located 390 km south-west of Sydney via the Hume Highway between Yass and Holbrook. To the west is Wagga Wagga. 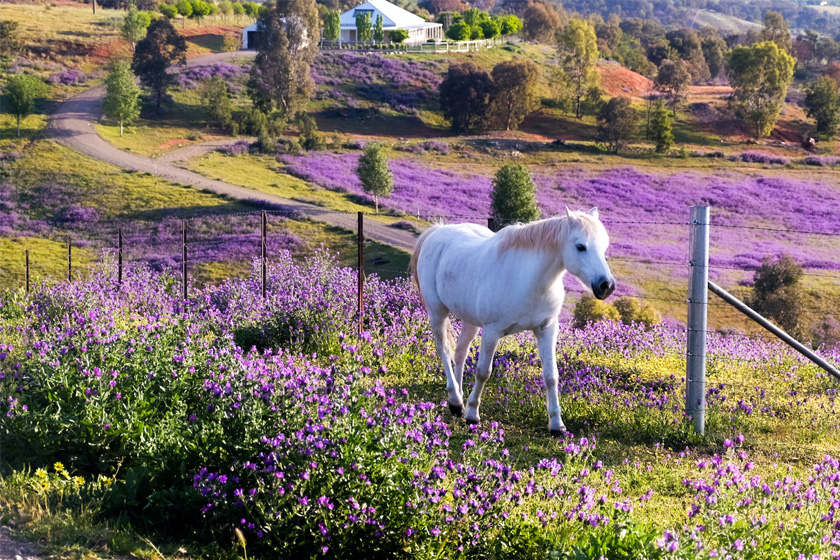 Things To Do In Gundagai

What can you expect to see and do when visiting this beautiful part of New South Wales? There are a lot of places to see in Gundagai that have great historical significance and well worth visiting. As soon as you arrive in town you’ll be treated to some of the most stunning views you’re likely to ever witness in Australia.

To appreciate those vistas, start at the famous Dog on the Tuckerbox monument and work outward from there visiting other historical sites like:

The Old Gundagai Gaol is a unique historical attraction located in the charming town of Gundagai, New South Wales. This 19th century prison has been meticulously preserved and restored to its former glory and now serves as a museum and tourist attraction. 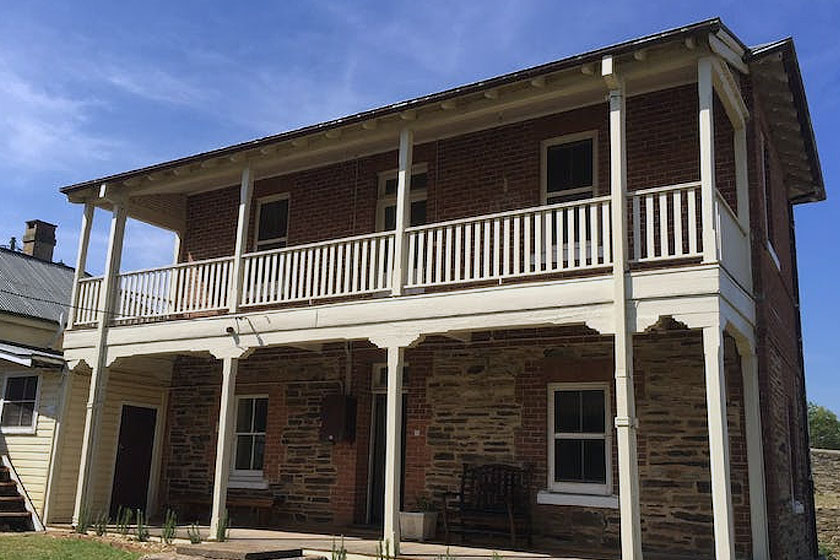 The imposing walls of the old prison house many fascinating relics, including an authentic set of prison bars, memorabilia from prisoner escape attempts and information plaques documenting life inside the gaol in its heyday. Visitors even have the chance to explore some of the former tunnels and cells that were essential for maintaining security within the gaol.

An audio-visual presentation gives visitors an immersive experience detailing stories about prisoners’ lives during their incarceration which will certainly leave you with a much better appreciation of how difficult life was behind bars.

Despite his reputation for bank robberies, horse stealing and prison escapes – which ultimately led to his execution by hanging in 1880 – it’s said that many local people still have an immense respect for Scott and thus his grave remains an important site for not just tourists but locals too. 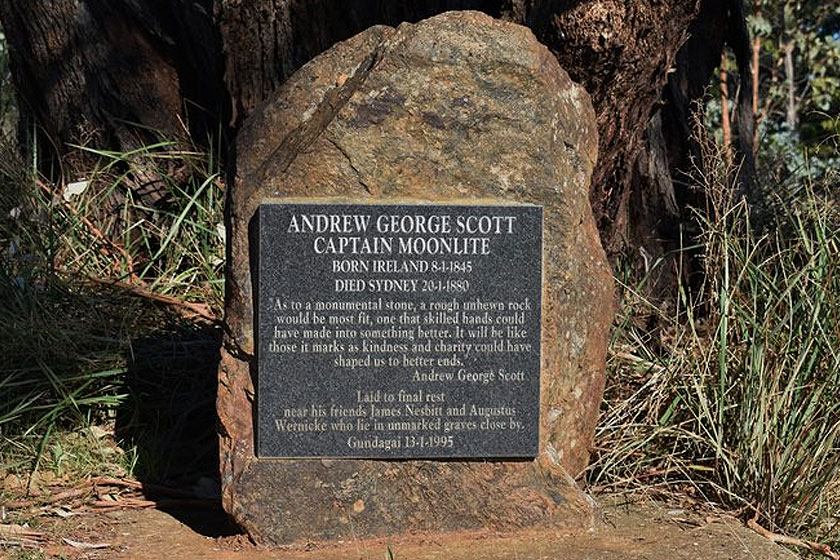 The grave is located at St John’s Cemetery on Gocup Road, where both Scott and two of his accomplices were laid to rest around half a mile from their original burial place. The cemetery has a police guard until 1883 when it was decided that the graves be permanently removed to St John’s Anglican Church grounds in Gundagai.

Today, visitors can visit both a white picket fence-laden memorial cast iron headstone etched with ‘Capt. Moonlite’ plus a larger open granite obelisk situated near the entrance to the cemetery – both designed by renowned sculptor Lionel Lindsay.

If museums are your thing then there’s plenty to explore here as well. The Gundagai Museum on Homer Street is full of artefacts that tell stories about how life was back in pioneering times. Then there’s also Gundagai Emporium which hosts artworks and exhibitions from regional artists all year round – plus it also offers programs for children throughout school holidays too!

If you’d like to enjoy some outdoor activities while visiting Gundagai, then why not try fishing along stretches of the Murrumbidgee River or go bushwalking around nearby Gundagai Rotary Lookout? You could even join one of the local golf clubs too if golfing takes your fancy! 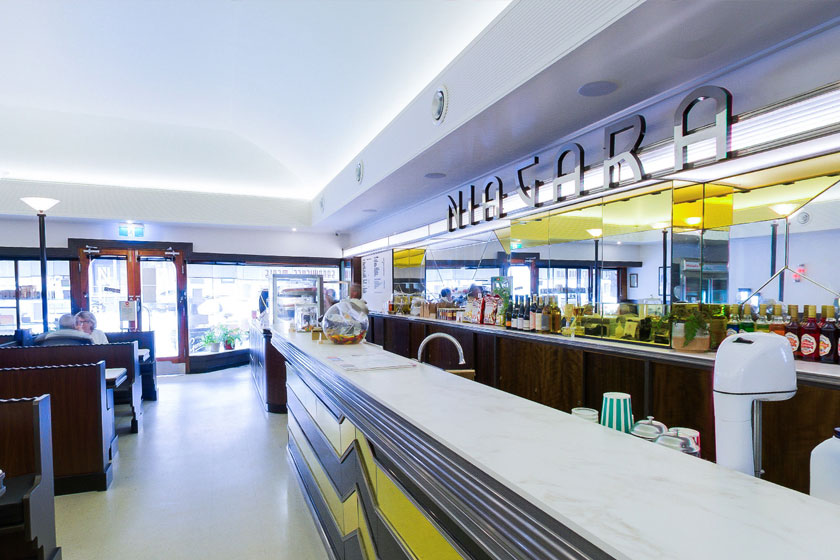 When hunger strikes, you won’t be stuck for choice either – must-visit eateries include Niagara Cafe (pictured above), Francesco’s Pizza Palace and some great coffee at The Coffee Pedaler. If a sweet treat is more your style, pop into Gundagai Bakery and the Dog on the Tuckerbox Lolly Shop & Cafe.

Gundagai is also famous for Australia’s worst flood disaster when 89 people drowned in 1852.

Discover some of the accommodation in and around Gundagai