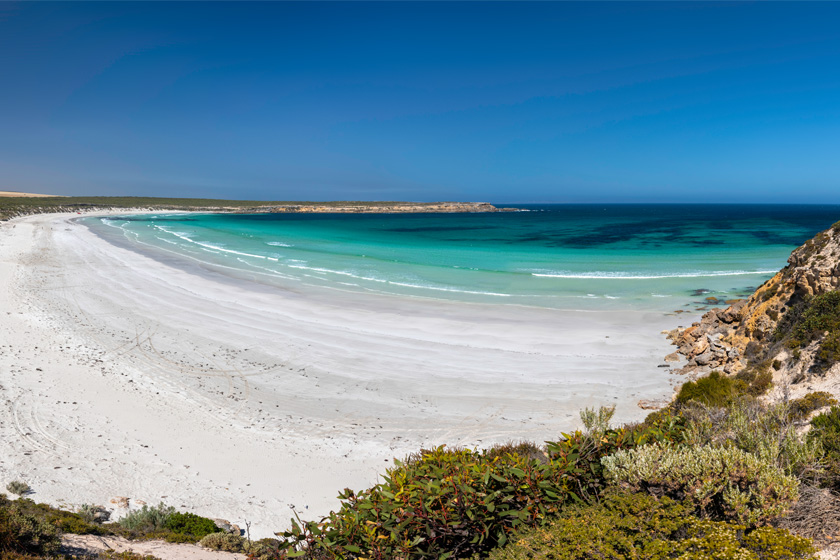 A magnificent marina development, Lincoln Cove, is home to the tuna fishing fleets of the Great Australian Bight.

Port Lincoln offers a myriad of holiday ideas, from fishing and sailing, to diving with great white sharks, touring aquaculture industries and exploring the area’s sheltered beaches and booming surf. Seafood is always on the menu, with seasonal specialities including southern rock lobster, western king prawns and oysters.

Port Lincoln is home to the Tunarama Festival, held every January. This family event showcases the best in local seafood, wine, art and music – and includes the famous tuna tossing championships.

Swim with the locals

You can swim with sea-lions, dolphins and schools of fish off the coast of South Australia’s Eyre Peninsula. The peninsula stretches 1,000 kilometres east to west and 400 kilometres from the Gawler Ranges in the north to Port Lincoln in the south. Port Lincoln, Australia’s tuna-fishing capital, is set on Boston Bay, dotted with trawlers and one of the world’s largest natural deepwater harbours. Boston Bay Wines on the shore allows visitors to taste its medal-winning reds and whites. 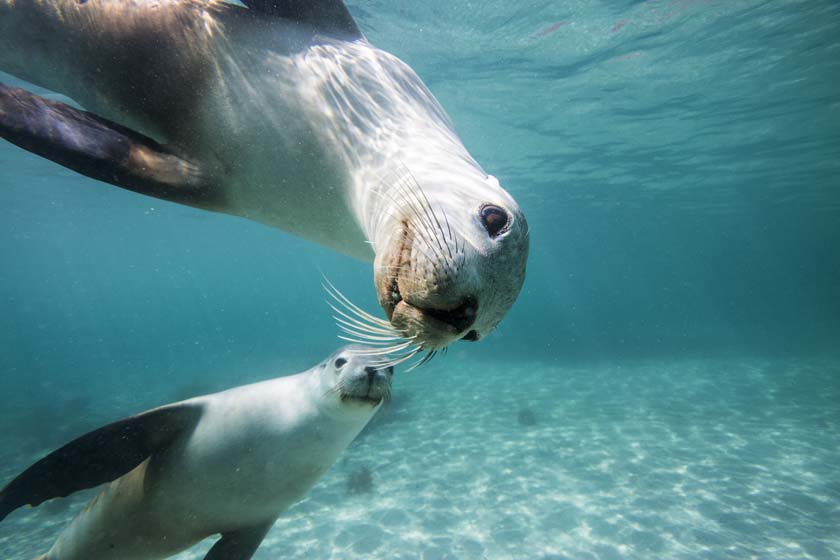 Each Australia Day weekend (Australia Day falls on January 26), Port Lincoln holds the Tunarama Festival. Highlights include the World Record John West Tuna Tossing Championship. The current tuna-throwing record was set in 1998 by Sean Carlin, who threw a large fish 37.23 metres (122 feet). Beat that! Before you try, we should mention that Carlin represented Australia in the hammer throw at the 1996 Atlanta Olympics. Another fact: he won the gold medal.

Coffin Bay, not far away, is famous for its superb, creamy oysters, often downed with South Australia’s own, jet-black Coopers Stout. One of the most beautiful estuaries in Australia, Coffin Bay was named after Admiral Sir Isaac Coffin, a native of Boston, Massachusetts who served with Lord Nelson in Britain’s Royal Navy. (He was no traitor; America was British at the time.)

Just over 30 kilometres offshore from Port Lincoln lies aptly-named Dangerous Reef, a breeding area for great white sharks. You can descend among them in a dive cage – if you dare! 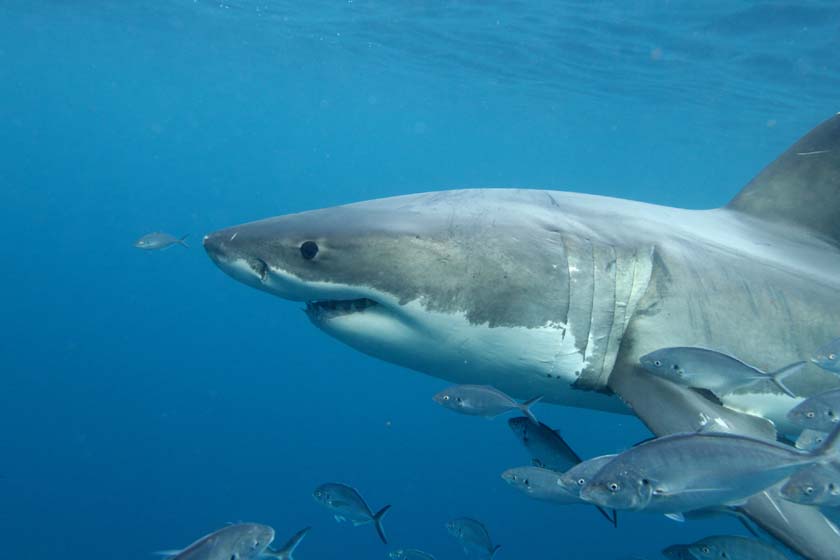 Discover some of the accommodation in and around Port Lincoln

Discover some of the tours options around Port Lincoln