The vibrant yet subtle colours and magical light of this landscape have brought film-makers and artists here to capture its special quality. 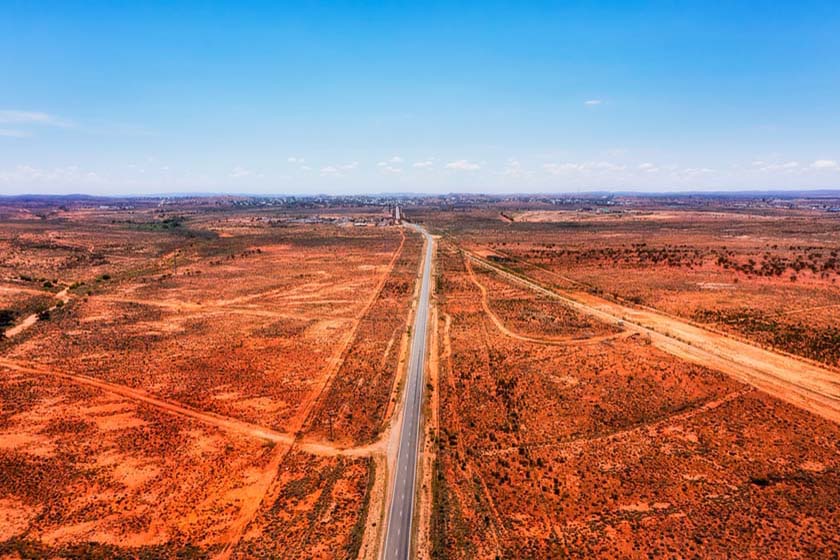 It packs a powerful emotional punch, this dark red soil contrasting with clear blue skies where the wedge-tailed eagle soars, appealing to something deep in our human souls. There’s definitely a spirtual element in this country, as the Aboriginal ancestors kinew. And at sunset, when the wide lorizon glows red and orange, we are each lost for words.

The distances are huge and the big red kangaroos can boom two hundred kilometres in a night chasing a thunderstorm. And yet there’s a smaller scale – the petals of a Sturt’s Desert Pea, the eyes of a lizard, ancient rock etchings.

The town of Broken Hill is its own graphic testimony to the struggles of the mining pioneers. The ‘tower mullocks’ and headframes silhuetted at sunset tell the story of a treasure byond the wildest dreams, a treasure that filled the coffers of a young nation – Australia.

Broken Hill is also one of the stops of The Ghan and Indian Pacific – two luxury trains which make their classic journeys across the Australian Desert. 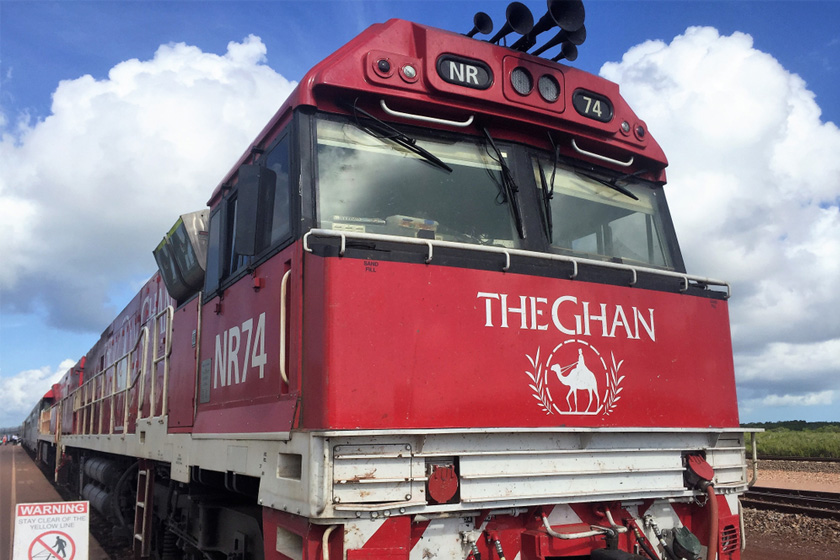 The GHAN goes from Adelaide to Alice Springs and The Indian Pacific from Sydney to Perth via Adelaide. The luxury trains take several days to traverse Australia but these are truly trips of a life time.

The city of Broken Hill has developed as a vibrant Mecca for Artists and Filmmakers, a long way from its roots as the site of its richest deposit of Silver Lead and Zinc the world has ever seen.

Today Broken Hill is still a working town, mining is still a major economic driver and in conjunction with the environment, agriculture, art and tourism, the city is buzzing!

Broken Hill is the stepping off point for the greater outback NSW experience, be warned though that 3 days will not be long enough to do it all, you’ll need to plan at least 7 days to get around to meet the people and see the diverse countryside that is truly Australian.

You will enjoy the friendly nature of our region’s community where having a beer or a cup of tea is the best way to get to know somebody, it’s through the strength of this community that we’ve developed one of the most interesting places to visit. Broken Hill has been credited with almost single-handedly taking Australia off of the sheep’s back and bringing our nation into the industrial age.

On your visit you’ll see a dominating memorial to the pioneers of this age, many hundreds of men lost their lives divesting the earth of ore from the line of lode, men and women from many nations made Broken Hill their home and it was through hardship, toil and looking after your mate’s that the true Aussie spirit was borne. It was here that the 8 hour work day was introduced; it was here that most of the world’s modern mining techniques were perfected; it was here that the Australian identity was forged.

A visit to the outback of New South Wales begins in Broken Hill, be prepared to be inspired, because once you’ve been here you’ll understand why the locals love their place.

Founded in 1883 by a Boundary Rider named Charles Rasp who discovered the first deposit of Silver which at that stage he believed to be Tin, is now one of the biggest deposits of Silver in the world today.

Broken Hill gives true meaning to the expression Living Outback. Among the rugged beauty and dusty landscape of the region, the city is a soothing green oasis in the harsh desert, with lush green parks and gardens.

Known as the Silver City, Broken Hill was the site of the world’s richest deposit of silver, lead and zinc. You can visit a simulated mine or the real thing where you don lights and helmets to enter the subterranean world miners experienced during the 1890s and the 1960s. Historic and working mines include Deprats, Day Dream and Pinnacle Mines – all open for tours.

Broken Hill today is a vibrant mecca for artists and film-makers. It has more than 20 art galleries and is home to more than 90 professional and semi professional artists who draw inspiration from the surrounding landscape.

Movies such as Priscilla Queen of the Desert, Mad Max 2, and Razorback among others were all filmed in the city.

Call into the Palace Hotel, the historic, three-story pub with its long verandas and elaborate cast-iron balustrades, featured in Priscilla. The Silverton Hotel is also famous and known for great hospitality and quirky locals. 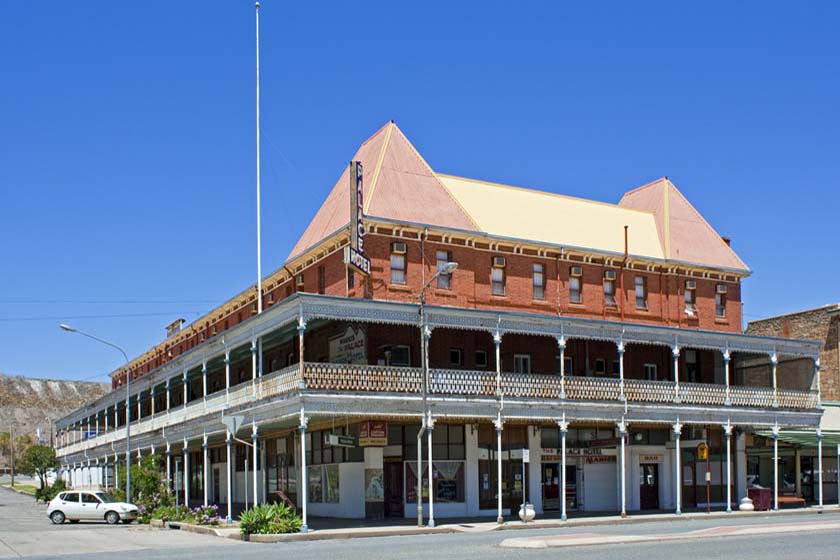 Heritage walking tours take in many outstanding old buildings in the town.

The Royal Flying Doctor Service (RFDS) and School of the Air are worth a visit. You can tour the aircraft hangar or the radio room, which handles calls to and from remote towns and stations. Covering 80 per cent of Australia, the RFDS treats about 160,000 patients each year.

Discover some of the accommodation in and around Broken Hill

Discover some of the tours options around Broken Hill