Set on Port Philip Bay, the city of Melbourne was founded in 1835 and is now the second-largest conurbation in Australia. The downtown district clusters around the River Yarra estuary and the rest of the city spreads out southwards along the bay and into the rural hinterland. 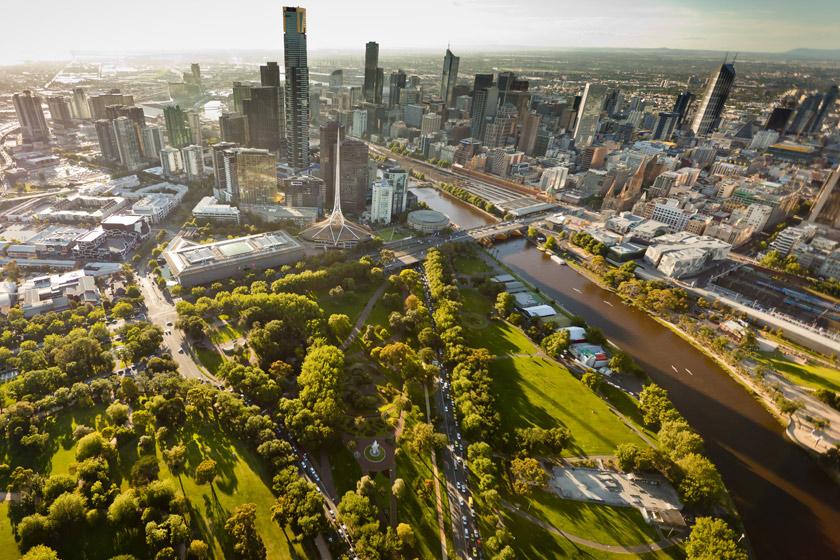 In 1847, Melbourne was formally declared a city by Queen Victoria and saw its glory days during the mid-19th century gold rush. Melbourne nowadays is known for its culture and the glorious parks which earned it the nickname of ‘Garden City’.

Its traditional and contemporary music, dance and art, as well as its laid-back lifestyle resulted in the award of ‘world’s most liveable city’ in both 2011 and 2012 by the Economist Group’s Intelligence Unit.

The Victorian architecture, galleries and museums appeal to history buffs, and the four million Melburnians in residence are multicultural and sports-mad. 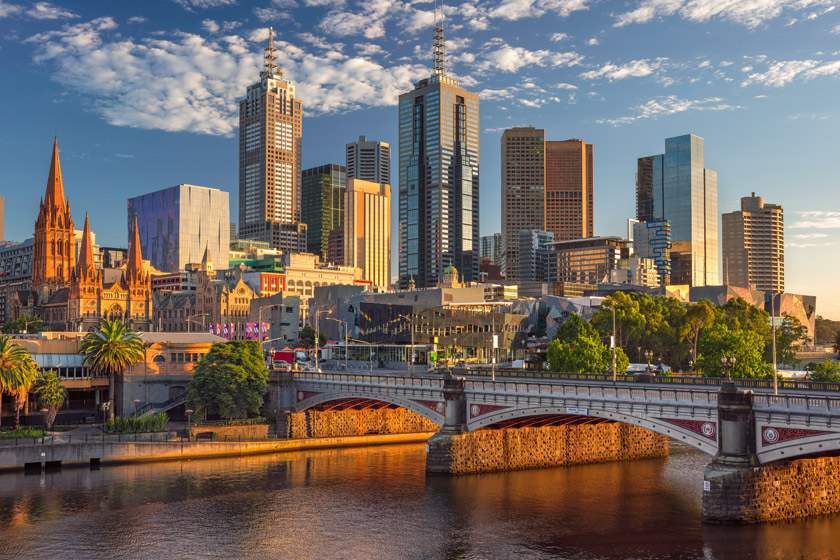 The city’s wide variety of landmarks and activities attract a large number of UK tourists, and it’s a great base for touring Victoria’s Grampian National Park, viewing the penguin colonies on Philip Island or driving the scenic Great Ocean Road. A Melbourne-based tour around the locations used for the popular TV series Neighbours is an added attraction for many.

Melbourne is known for its cool lanes and coffee culture. The Bohemian quarter of Inner East boasts a plethora of character pubs and quirky boutiques and, to see and be seen at night, upscale Stonnington is the place.

Historic Clarendon in South Melbourne is the hub of the city, and the central business district holds the glamorous Docklands complex. 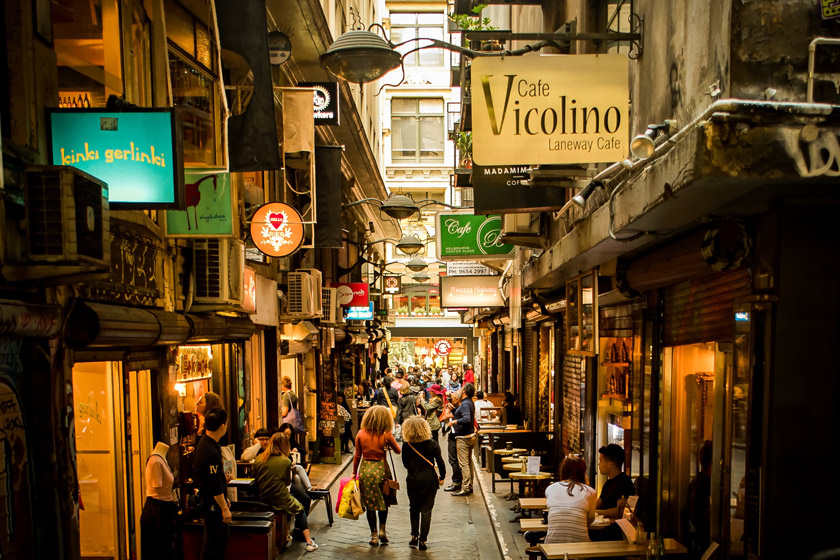 Transportation in the city is top-notch via taxis, trains, buses and trams, and most of the sights and the best hotels are within the central area.

The tram network is the world’s largest, radiating out from the centre and offering a free, vintage tram, the City Circle service, for tourists.

Easy sightseeing is also provided by bus, with the free Melbourne City Tourist Shuttle stopping at favourite attractions and running every 15 minutes. 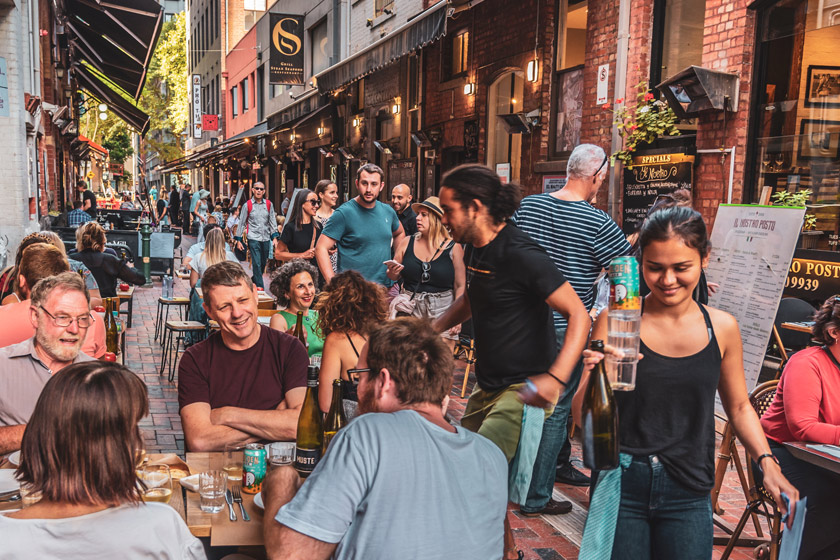 Melbourne’s arts and culture are as diverse as its over four million multicultural residents, with the city considered Australia’s cultural hub. From its 14 museums displaying everything from the city’s nearly 200-year history to the region’s fascinating aboriginal culture through opera, all forms of dance, theatre and comedy performances to its lively fundraisers and festivals, there’s always something going on in this city.

A trail around Melbourne arts and culture begins at the world-class Melbourne Museum itself, with its stunning exhibits of everything from ancient world empires to the indigenous aboriginal culture and lifestyle.

The Immigration Museum explores the when, how and why of the creation of the city, and the tales of the migrants who arrived from every corner of the world for a new life. The Chinese Museum is a cornerstone of Melbourne’s Chinatown and the Moorabbin Air Museum traces the history of Australian aviation and the Flying Doctor service.

Theatre in Melbourne is very much alive in all its forms, from the Australian Ballet Company, the Victoria Opera, the Opera Australia and the Royal Melbourne Philharmonic, and the internationally-known Melbourne Symphony Orchestra all regular performers at the Victorian Arts Centre and the National Theatre. The Melbourne Theatre Company and many smaller professional performance groups all give regular shows at the city’s many arts venues.

Contemporary music and dance thrive here, especially in the entertainment district of St Kilda (pictured below), and there are regular gigs featuring international as well as local bands, concerts and jazz festivals. 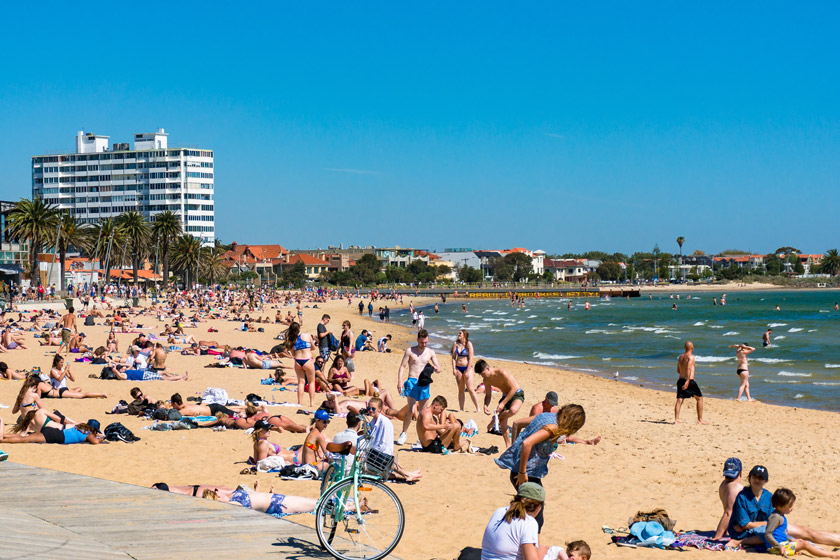 Afro-Cuban and Latin American music and dance are favourites, and events such as Melbourne Music Week and the two-week long Dance Massif draw many thousands of visitors, as do the Melbourne Fringe Festival, the Melbourne Jazz Festival and the huge Big Day Out featuring headlining acts from across the world.

Discover some of the accommodation in and around Melbourne

Discover some of the tours options around Melbourne