From humble beginnings, Byron Bay underwent many transitions from dairy farming to major meat exporter, followed by sand mining and whaling. In the last 50 years, Byron Bay has transformed into a popular beach resort and alternative lifestyle. 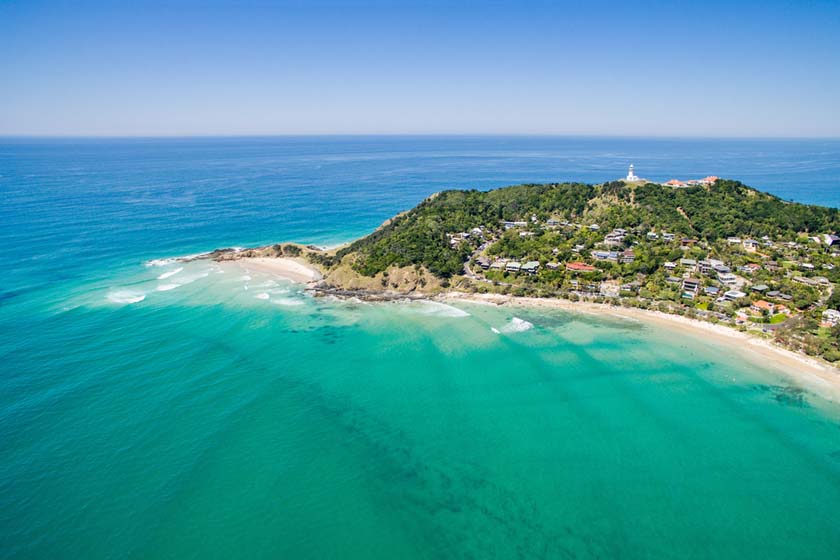 Renowned for its surfing beaches and beautiful rainforests, Byron Bay today enjoys a relaxed and informal lifestyle that has become a favourite for many travellers. Various adventure sports, fine dining and live entertainment are also available.

The Cape Byron Lighthouse dominates Australia’s most easterly point and is a popular place to visit for its spectacular views.

A hip, alternative place, where people come to either drop out of the mainstream or to party – that’s what Byron Bay means to most Australians, as well as the backpackers who flock here from many parts of the world.

While it still has more than its share of alternative types, recent years have seen sophistication creep in, too. Today, there are superb backpacker lodges and top-ranking guesthouses aimed at the more discerning tourist. And where once a pie and a chocolate milkshake were the regular fare, restaurants now serve up anything from Asian-accented Modern Australian cuisine to the quality vegetarian options you might expect.

So why does people think Byron’s the place to be? Well, the relaxed way of life has a lot to do with it, as do the three gorgeous beaches. Then there are rainforest walks, colourful local markets, whale-watching from the cliffs, and some of Australia’s best diving. Scuba dive at Julian Rocks and you may come face to face with wobbegong and grey-nurse sharks, or loggerhead turtles and manta rays. 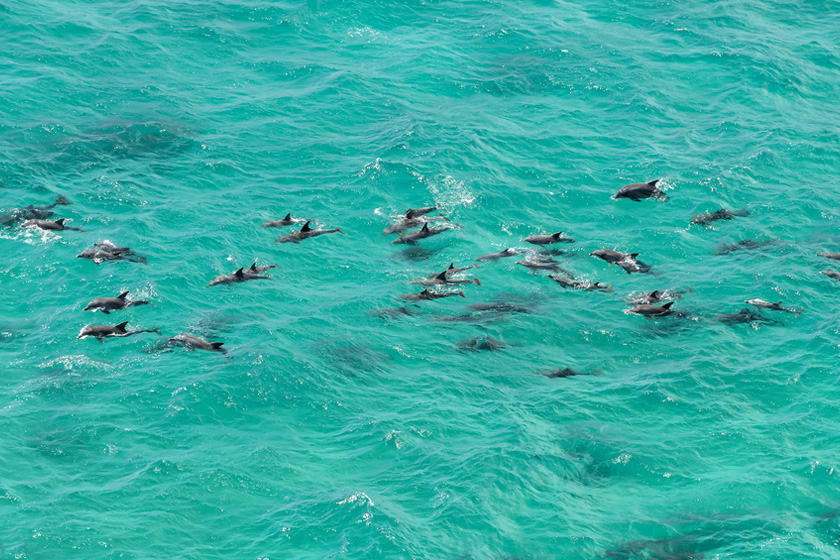 Inland from here, the country is a tropical mix of fruit farms and rainforest, which lead up to the ancient Mount Warning volcano. This impressive natural addition to the north coast forms a spectacular mountainous backdrop.

For another taste of alternative lifestyle, visit the Byron Bay Hinterland to taste home-grown and organic food and enjoy old-fashioned Australian hospitality.

With its white sands and clear blue waters of the Pacific, the north-east coast of New South Wales is an alluring place to relax and revitalise.

The sandy beaches around Byron Bay stretch for almost 37 kilometres. You can bask with summer crowds at Main Beach or find your own private paradise in many secluded hideaways. You can even enjoy nude bathing at Tyagarah Beach.

Serious surfers rate Byron as one of the best surfing spots in the world. The number of world champions that come from the area is indicative of the exceptional surf here. Good year-round swell and brilliant breaks draw a constant stream of surfers.

Some of the world’s most respected surfboard designers and manufacturers are also here. Surf shops selling the greatest in gear, rent out boards and arrange surfing lessons.
Scuba diving is also a major attraction. Julian Rocks, a granite rock outcrop featuring Cod Hole, is favoured for its wide diversity of both tropical and temperate marine and reef life. Some 400 species are known to the area. Curious but placid Grey Nurse sharks are often encountered on dives here as are turtles and many species of soft and hard coral. Other popular spots around Julian Rocks are Nursery, Hugo’s Trench, and Kendricks reef.

Pods of adult whales and their young are a common sight for travellers to Byron. Every year, these gentle giants migrate north to warmer waters in winter and southwards to summer feeding grounds in Antarctica. They can be viewed from rocky Cape Byron or by sea.

Discover some of the accommodation in and around Byron Bay

Discover some of the tours options around Byron Bay