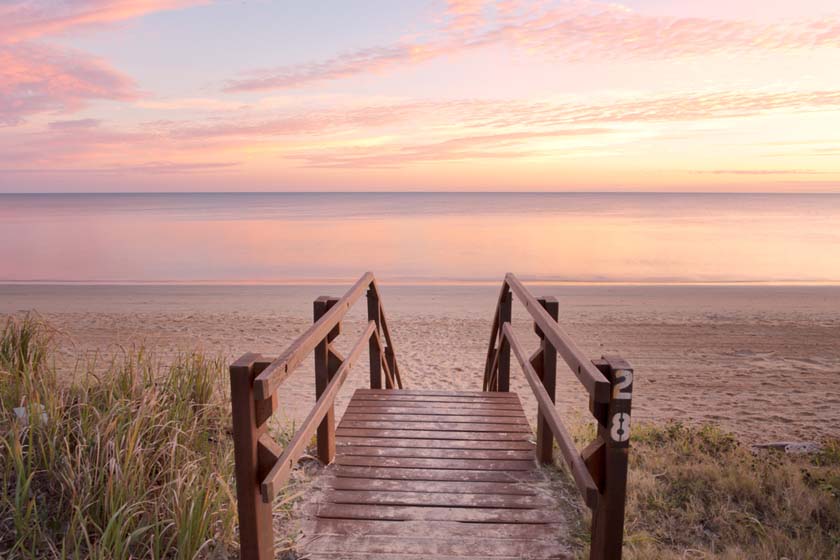 Hervey Bay is Australia’s whale watch capital. Between August and November whales can be sighted breaching and playfully chasing each other in the warm waters off shore. Visitors can choose an aerial tour or take one of the many day-long or half day whale watch cruises, which depart from Urangan Boat harbour daily during the season.

From Hervey Bay escorted tours to Fraser Island depart daily or self-drive packages are available with a flight or barge crossing option. Hervey Bay is also a major access point for Lady Elliot Island, first of the Islands of The Great Barrier Reef, with flights running several times a day.

Enjoy a bicycle ride along the picturesque foreshore, visit places such as the Orchid House within the beautiful Botanical Gardens, the Marina area or one of the many restaurants and cafes situated along the Esplanade.

Visitors to Hervey Bay can choose from a range of accommodation styles, catering for all tastes and budgets. Several of the accommodation houses, attractions and general facilities are also accessible for people with disabilities.

Say hi to the whales

Whale-watch cruises from Urangan Boat Harbour give fascinating insights into the lives of these giants of the sea. Some 20 operators run Hervey Bay whale-watch cruises, with whales sometimes coming so close to the boats that you can hear the great blast of air rushing from their blowholes as they breach. It’s an awesome experience and one that moves everyone aboard. 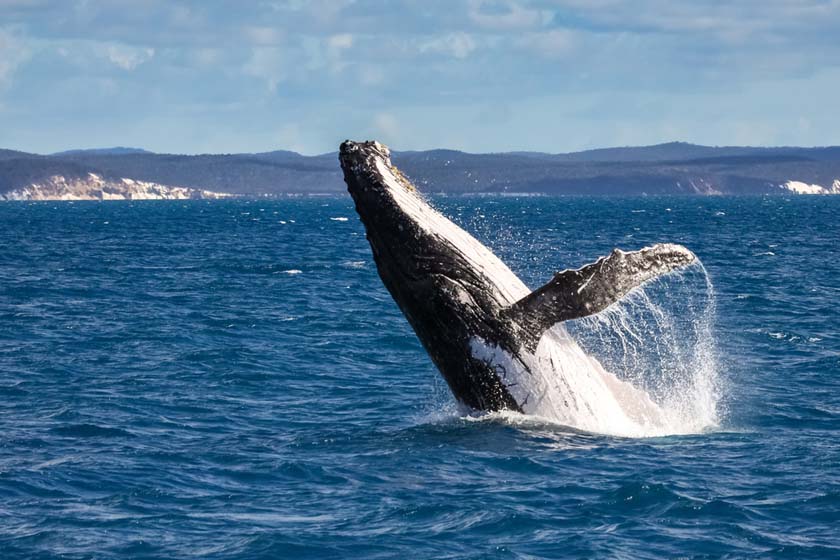 Below the surface, mother whales may well be chatting to each other and to their calves. Humpback whales belong to the group of whales known as rorquals, which includes the blue whale, fin whale, Bryde’s whale, sei whale, and minke whale.

Research on minke whale populations off the Queensland coast show they have a complex language with a rich vocabulary. Little is understood about it and one diver has described the language as “a sort of rolling noise – like being in the middle of a mob of pigs”.

Who knows what they discuss? Possibly they say things like “eaten any good krill lately?” referring to the small shrimp-like marine crustaceans upon which they feed. Each year, during winter, humpback whales migrate from Antarctic waters to the warm waters of the tropics for calving. Many of the giant mammals turn up at Hervey Bay from late July and remain until November, when they set off on the long migration to the cold southern ocean far south of Australia.

Hervey Bay’s reputation as a vibrant seaside holiday destination for families grows in strength each year. It is the jewel of the Fraser Coast, four hours drive from Brisbane or a 40 minute flight, and has a host of natural entertainments as well as offering mainland access to beautiful Fraser Island.

Hervey Bay has become famous as the best place to go to encounter humpback whales. Each year between August and October Hervey Bay really comes into its own with the return of humpback whales to the bay, on their southerly trip to the Antarctic. The season kicks off with a two week festival in August – this includes an aquatic carnival and a procession of floats, and the blessing of the fleet ceremony. 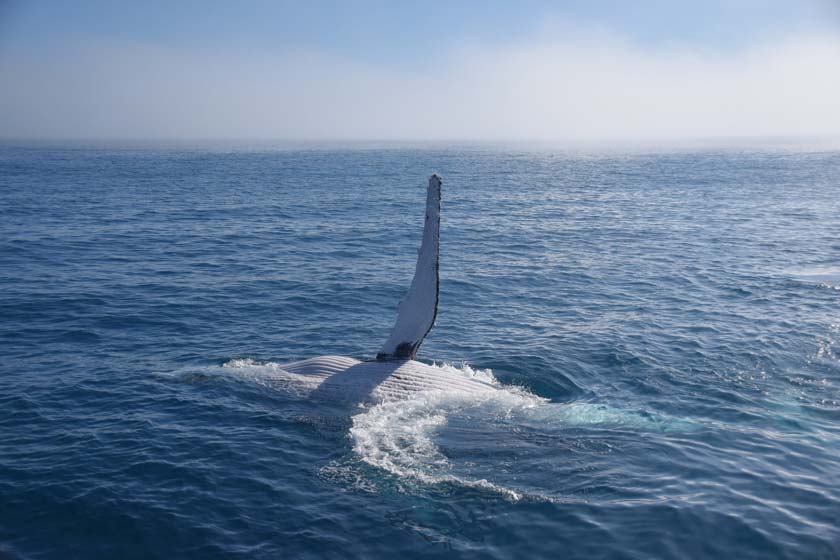 Certified tour operators regularly depart the shore of Hervey Bay with groups of whale watchers, and can explain to you the habits and idiosyncrasies of these magnificent mammals. People find the safe and calm waters of Hervey Bay are perfect for watching the whales, which put on quite a display for their admirers. You may also spot dolphins!

The bay’s sheltered waters are the scene of a host of watery and boating pleasures: estuary, beach, jetty or reef and game fishing, diving, water and jet-skiing, wind-surfing and snorkelling. Its long sandy beaches are attractions in their own right and its shores are lined by a string of seaside communities: Burrum Heads, Howard, Toogoom and Torbanlea. It also offers access to the first coral cay of the Great Barrier Reef, Lady Elliott Island.

Discover some of the accommodation in and around Hervey Bay

Discover some of the tours options around Hervey Bay