Lazy days under the beach umbrella. Cold beers around a barbecue sizzling with the day’s catch. Historic wooden jetties that lead right out to where the fish are biting. And sunsets over boat-filled bays. 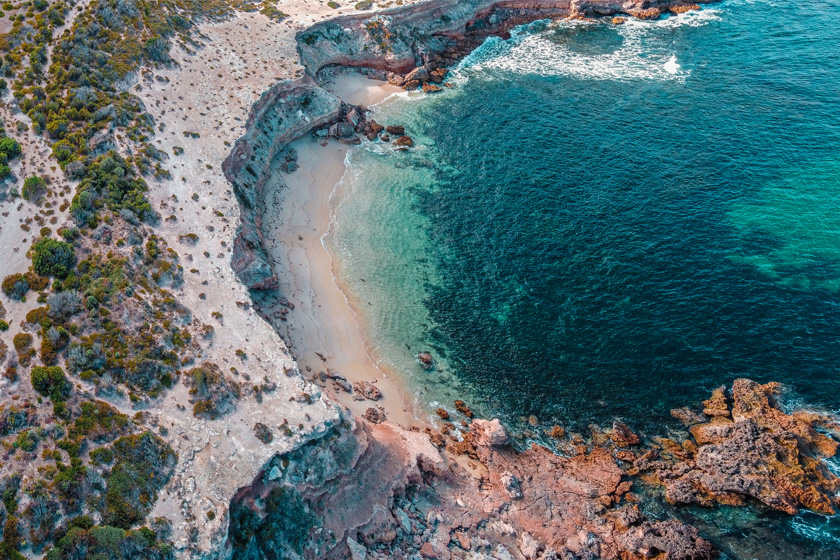 The toughest thing about a trip to Yorke Peninsula is dragging yourself off the beach. But there’s plenty to see “off-shore” … like kicking up your heels at the world’s largest Cornish festival; wandering through time in historic copper mining towns; meeting entrepreneurs and enthusiasts on the Yorke Peninsula Home Grown Trail; strolling along coastal trails and hiking through rugged bushland at Innes National Park.

With more than 600 kilometres of coastline and a host of sunny seaside towns, “Yorkes” is much loved by South Australians. And many of its best beaches are just a couple of hours from Adelaide.

Surf the breaks of Chinaman’s and Pondalowie Bay down at the base of the peninsula. Grab a waterproof map marking a scuba diving trail to eight shipwrecks around Wardang Island off Port Victoria. Visit in September for Yorke’s surfing classic, held annually at Innes National Park. Walk along trails in Edithburgh, Port Vincent, Stansbury, Barkers Rocks and Port Victoria. Search for big-bellied seahorses and Port Jackson sharks on a dive just off Edithburgh Jetty.

Hike through tranquil coastal mallee in the 9,200-hectare Innes National Park, keeping a lookout for emus, kangaroos, 90 species of birds, and Southern Right Whales in winter. The historic ruins of Inneston village offer an intriguing insight into the area’s harsh days of gypsum mining, while the Investigator Strait Maritime Heritage Trail reveals 26 shipwrecks lying just off the rocky coast.

Luck of the Cornish

Journey through time in the Copper Coast towns of Kadina, Wallaroo and Moonta, where Australia’s richest colonial copper mines operated in the late 1800s. Ride on the Moonta Mines Railway (part of the extensive Moonta Mines State Heritage Area); dress up as a miner at the Wheal Hughes Copper Mine; and count the coins at the Banking and Currency Museum. Visit in May 2007 for the Kernewek Lowender Cornish festival. 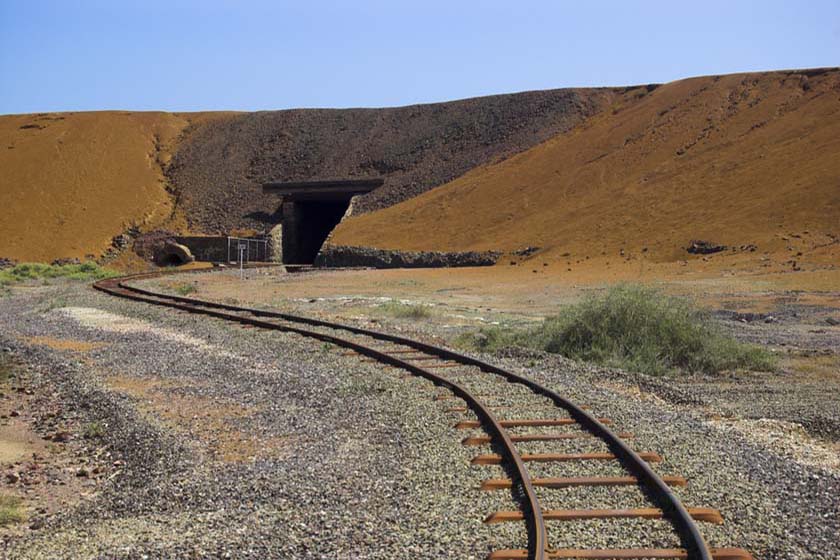 Catch your fill of King George whiting, dive for scallops just off the beach and rake the shallows for blue swimmer crabs. The Yorke Peninsula is dotted with historic jetties and pristine surf beaches perfect for snaring the catch of the day, from snapper, garfish and salmon to tommy ruffs, mullet, crabs and squid. And boaties should try out the multi-million-dollar marina developments at Port Vincent and Wallaroo.

Go behind the scenes of key and quirky rural enterprises on the Yorke Peninsula Home Grown Trail, a self-drive guide to everything from olives and oysters to ostriches. Grab a copy of the Yorke Peninsula Visitor Guide before strolling through fragrant lavender fields, tasting the region’s first wines, following the process for creating hand-made papers and stroking a baby alpaca.

Retreat to your very own island for the weekend. The Troubridge Island lighthouse was commissioned in 1856 after a series of shipwrecks off the Yorke Peninsula coast near Edithburgh. Today the island is a beacon for migratory birds and fairy penguins, and has clean sandy beaches for swimming and snorkelling. 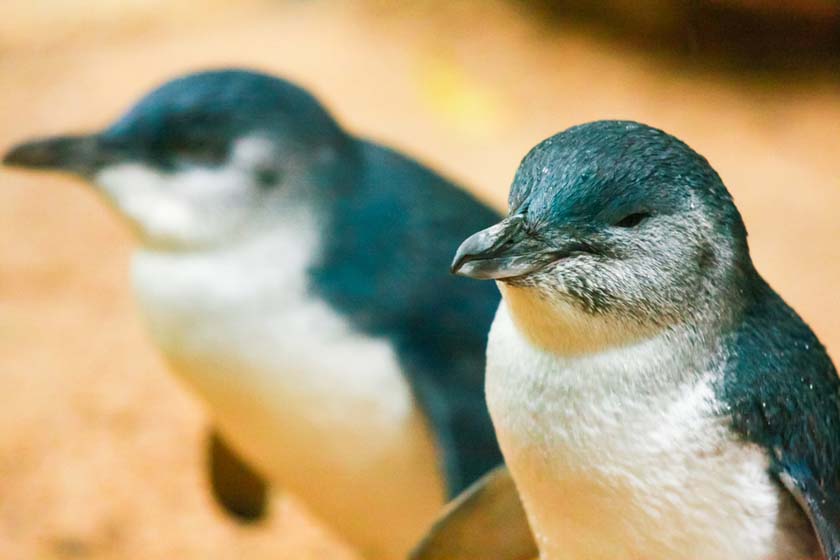 South Australia’s Yorke Peninsula, west of Adelaide across Gulf St Vincent, became known as “Little Cornwall” in the 19th century, when Cornish miners brought their culture and skills and built villages with Cornish names like Wheal Basset, Wheal Grenfell, Wheal Rose, Truro, Carn Brea and Crinnis.
Some are now ghost towns, like the gypsum-mining settlement of Inneston, but others thrive and the region holds Kernewek Lowender, the largest Cornish festival in the world, every odd-numbered year.
Yorke Peninsula is famous for its shipwrecks (as is Cornwall, curiously) and scuba enthusiasts visiting Yorke find the 38 wrecks dotting the coastal seabed make excellent dive sites. Two underwater maritime heritage trails add to the appeal. The wreck of the sailing ship Zanoni (which foundered in 1867, 18.5 kilometres south-east of Ardrossan), is considered one of the most worthwhile in South Australian waters. 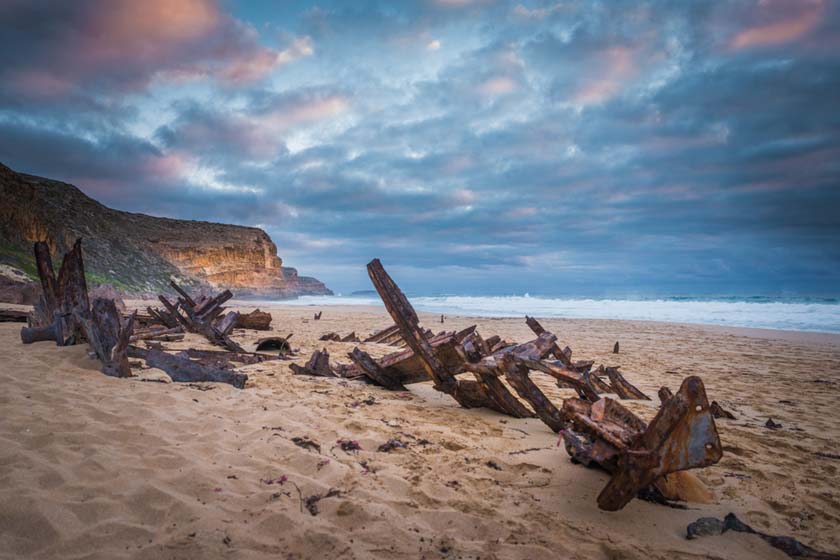 Sailors don’t consider wrecks worthwhile, so a lighthouse was commissioned on Troubridge Island in 1856 after the tally of ships wrecked off Troubridge shoal, six kilometres from the coast at Edithburgh, grew too high. The island, with clean sandy beaches ideal for swimming and snorkelling, is a pleasant place to visit as well as a stopover for huge flocks of migratory birds and fairy penguins.
If you enjoy fishing, try here for species such as Australian salmon (no relative of the true salmon), as well as giant mulloway, garfish and tommies. Net delicious blue crabs or rock lobsters.