The port city of Geelong lies along protected Corio Bay, on the estuary of the River Barwon, and is a major Victoria city second only to Melbourne. Briefly a gold-rush town in the mid-19th century for its location near the Ballarat goldfields, Geelong is now the centre for Victoria’s service industries. To its west are the Bellarine Hills and the flatlands of the Bellarine Peninsula, the starting point for the Great Ocean Road and its scenic drive of a lifetime. 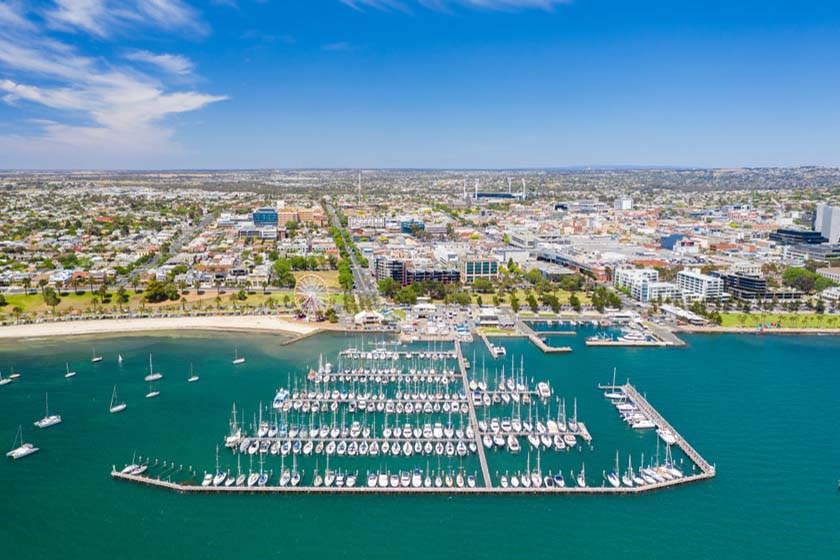 The city is a hub for the arts, entertainment, dining, pubbing, clubbing and shopping, and is known for its variety of live music concerts, music festivals and related events such as the National Celtic Festival, the Royal Geelong Show and the city’s Gala Day Parade and Geelong Heritage Festival. It’s located in the heart of Victoria’s wineries region, and its waterfront is a magnificent combination of old and new.

Geelong is home to two fascinating museums illustrating the commercial history of the city. The Geelong Maritime Museum takes visitors through almost 200 years of the port’s activity and the National Wool Museum offers a glimpse into the lives of the early herders and breeders who established Australia’s wool and meat trades with their massive flocks.

Gourmets will love this city for its wide choice of sophisticated waterfront restaurants serving excellent food and the region’s famous wines and, for a special treat, the Bellarine Taste Trail takes foodies through the region’s gourmet offerings. Wineries, cafés and restaurants known for their delicious cuisine, breweries and fresh products, such as goat’s cheese, seafood, olive oil and organic products, are all offered.

Geelong’s outdoor activities are second to none and include water sports, walking, hiking, cycling, horseback riding, fishing and golfing. For the adventurous, there’s sky diving and four-wheel driving in the remote backlands, and the surfing here is sensational.

Discover some of the accommodation in and around Geelong