The Glasshouse Mountains are found in the hinterland of Queensland’s Sunshine Coast. They are actually the cores of 20 million year old volcanoes, so that the sides of the volcanoes have eroded away leaving only hardened plugs or rock spires. 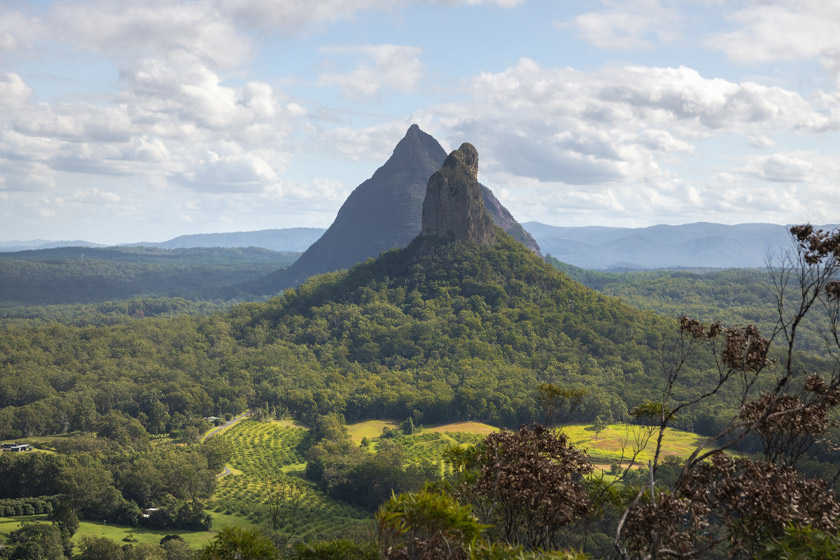 The Aboriginal dreaming story about these formations gives each of the mountains a name and character in a family, and tells a dramatic story of human relationships.

Captain James Cook gave the area its unusual English name while sailing past, on his way up Australia’s east coast, in 1770. From a distance they reminded him of the glass-making furnaces of his home town in Yorkshire.

There are both sealed and unsealed roads through the Glass House Mountains National Park, with spectacular lookouts over the surrounding plains along the way. An excellent day trip could include a lunch stop at picnic grounds, bush trails and rock-climbing.

The area around the mountains produces many tropical fruits such as avocados, pineapples and papaws as well as strawberries, vegetables, nuts and tobacco. 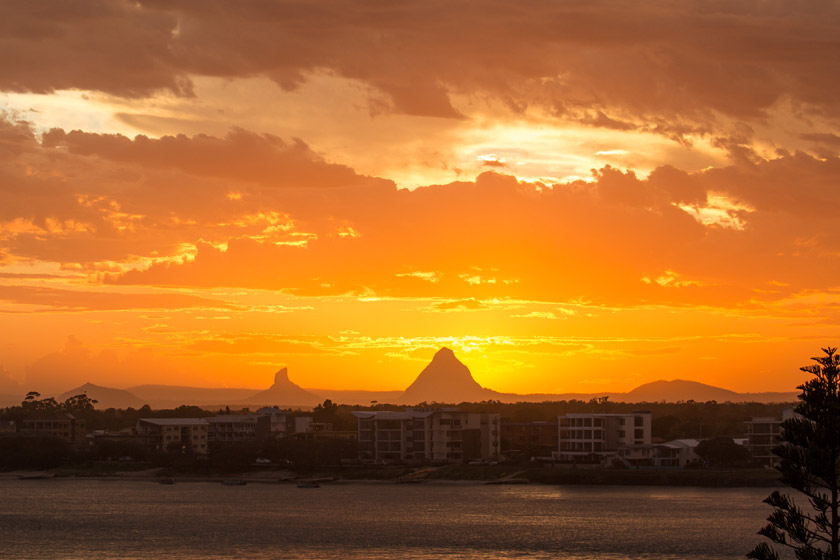 Discover some of the accommodation in and around Glasshouse Mountains