Tamworth is known as Australia’s home of country music. It is without a doubt Australia’s country music capital, with a world-famous music festival and the 12-meter-high Golden Guitar as its crowning glory. Tamworth in the north-western region of New South Wales welcomes over 50,000 visitors each January to its internationally acclaimed, ten day Tamworth Country Music Festival. 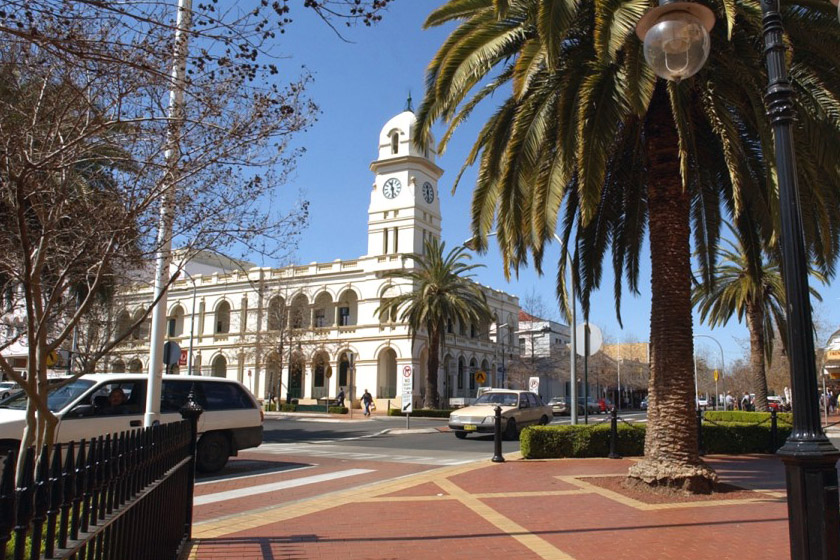 The New England area of New South Wales (NSW) is also home to some of Australia’s best cuisine and wine, as well as a wide variety of outdoor adventure activities. 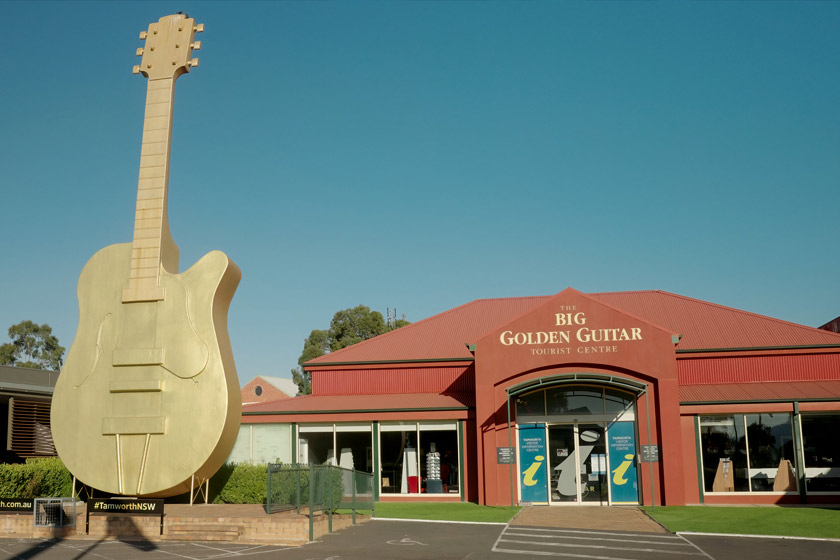 The city’s leafy heart has been growing – literally – in recent years. The Peel Street beautification project has seen the creation of paved walkways, welcome seating, palm trees, inviting street cafes and a large range of interesting stores to attract the casual browser or the serious shopper.

Day trips from Tamworth can take you all over this lovely part of the world, from Manilla – Australia’s premier site for hang gliding and paragliding to Nundle – where the trout are always tastier!

With over 50 motels, hotels, B & B’s, farm stays and caravan parks to choose from, it’s a great stopover on your way through and an even better place to base yourself for a few days of exploring the surrounding areas and attractions. After a day out, Tamworth will delight you with a great range of eateries, friendly cafes and multi award winning restaurants, topped off with impressive local wineries.

Aboriginal legend states that Tamworth is a “meeting place” – and people meet here for every reason – major sporting, equine, musical and trade exhibitions are part and parcel of Tamworth’s year round attraction.

A celebration of the Australian identity is how the Tamworth Country Music Festival can best be described. Gone are the days when all country music sounded alike. These days ‘Country’ is mainstream and offers one of the broadest and most exciting musical styles around. 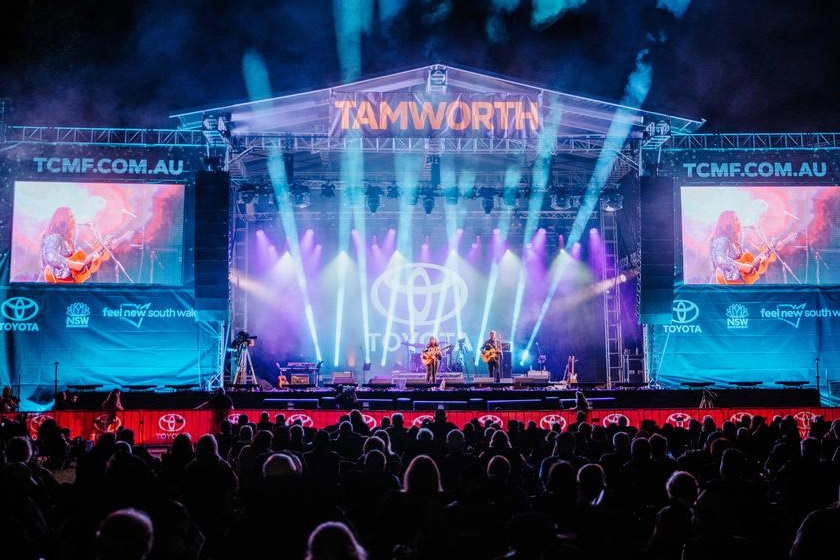 Visitors can enjoy some 2,000 events representing the many genres of country music. Choices range from contemporary to bush ballads along with bluegrass, bootscooting, busking, bush poetry, new talent, acoustic, country rock, gospel comedy and even a touch of Cajun.

There’s everything from the glamour of the Tamworth Country Music Concert to sitting on a fold-up chair in the middle of beautiful Peel Street Boulevard and listening to festival buskers. You can buy a ticket to enjoy the star of your choice or do it all for nothing by attending a different free show just about every hour of the day.

From day one there’s plenty of action with the Opening Concert and Ceremony in Bicentennial Park. Following this are concerts in the Town Hall, major clubs and hotels, performed by leading country music artists. Major events include the awarding of the Golden Guitars and the Cavalcade of Stars.

The Tamworth country music festival was launched by a small group of Tamworthians and is now attended by 50,000 plus visitors every year. Some are long time fans, an increasing crowd of others are brand new to the experience.

Whether you’re one of the faithful or one wishing to discover this magic event, Tamworth looks forward to welcoming you.

There’s more to Tamworth than just the Country Music Festival though, with highlight events throughout the year, as well as many great attractions not to be missed.

Visitors to Tamworth Regional Playground consistently praise about the playground’s fascinating and award-winning features. The playground is designed to have an ‘Australian outback and pioneer’ theme that reflects the city’s culture and heritage. 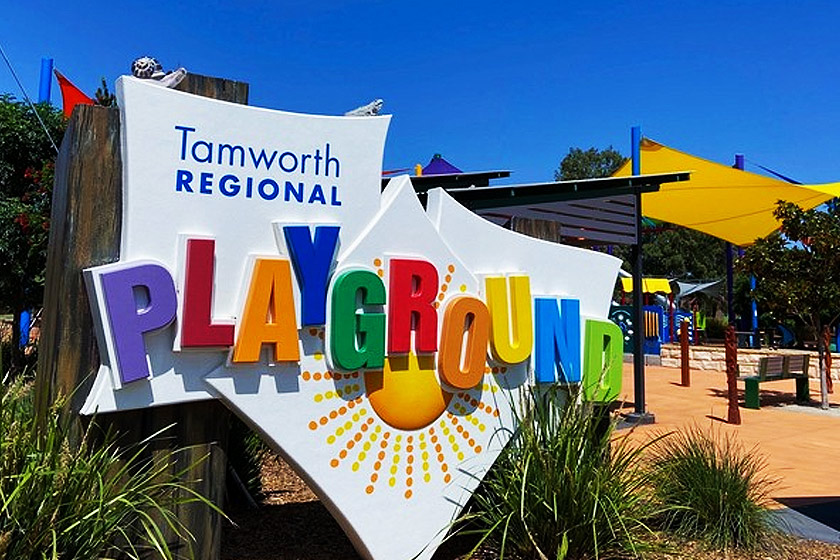 The playground is located on the banks of the Peel River, within easy walking distance from the CBD. It has a huge range of play equipment for all ages, including:

There is also a large grassed area perfect for picnics and games, as well as barbecue and toilet facilities. The playground is open every day from sunrise to sunset.

The Tamworth Regional Gallery is one of the finest regional galleries in Australia. It houses an impressive collection of Australian art, including works by many well-known artists such as Sidney Nolan, John Olsen, Russell Drysdale and Margaret Olley.

The Gallery is located in the CBD and is open Tuesday to Saturday from 10am to 4pm (closed public holidays). Entry is free.

The Tamworth Botanic Gardens are a beautiful oasis in the heart of the city. The Gardens cover 22 hectares and include a stunning glasshouse, as well as a wide variety of gardens, including:

The Botanic Gardens are open every day from sunrise to sunset. Entry is free.

The Tamworth Regional Conservatorium of Music is one of the finest regional music schools in Australia. It offers a wide range of courses for all ages and abilities, from beginner to advanced.

The Conservatorium is located in the CBD and is open Monday to Friday from 9am to 5pm (closed public holidays). Entry is free. 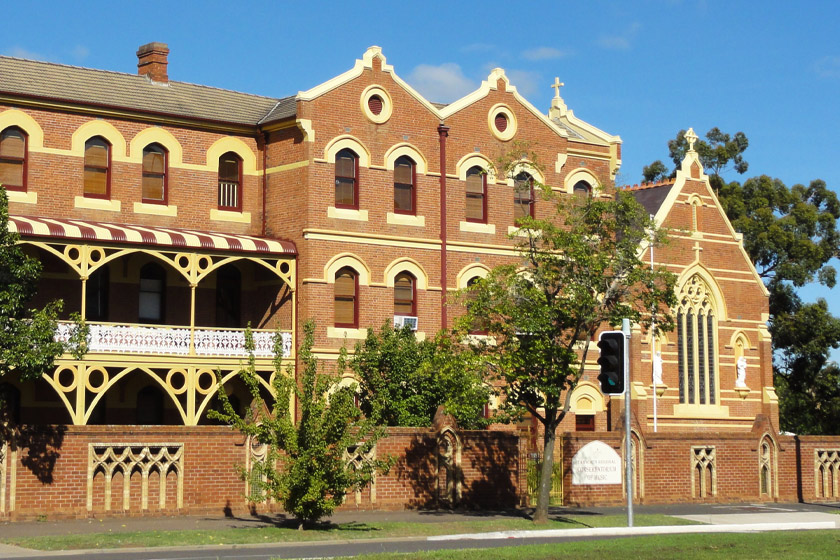 Opened by Slim Dusty in 1983, The Tamworth Wax Museum is home to over 80 life-size wax figures from the world of country music. From Slim Dusty himself, to Keith Urban and Lee Kernaghan, visitors can take a walk through musical history and learn about the stories behind some of Australia’s most iconic country stars.

The museum also features a range of interactive exhibits, including a recording studio where you can lay down your own tracks, and a ‘virtual reality’ bushfire experience that puts you in the middle of the action.

Whether you’re a country music fan or not, the Country Music Wax Museum is a fascinating glimpse into a uniquely Australian art form.

The Wax Museum is in the Tamworth Visitor Information Centre at the Big Golden Guitar complex. It contains wax figures of famous country music stars, as well as interactive exhibits.

The Museum is open every day from 9am to 5pm (closed Christmas Day).

When Tamworth became the first municipality in Australia to use municipally generated electricity in its streets in 1888, it was a huge accomplishment.

The museum’s collection of electrical equipment from the turn of the twentieth century is one of the most comprehensive in the country.

Motorcycles from the 1950s through the 1980s are on display at the Tamworth Motorcycle Museum, which holds a private collection of more than 50 in perfect running order.

In addition to the limited edition contemporary versions, all of the bikes have been meticulously restored to show-quality condition. Admission is $8 adult, $6 pensioner, $4 child and $16 family.

The Tamworth Motorcycle Museum is at 250 Armidale Road, East Tamworth.

The Australian Country Music Hall of Fame is a must-visit for any country music fan. Located in the heart of the city, the museum tells the story of country music in Australia, from its roots in the bush to its present-day popularity.

The museum features a range of interactive exhibits, including a recording studio where you can lay down your own tracks, and a ‘virtual reality’ bushfire experience that puts you in the middle of the action.

Those who had created a reputation for themselves within the Australian country music scene were honoured in 1977 when the Country Music Hands of Fame was inaugurated in Tamworth.

The Hands of Fame Park is located in the CBD and features a bronze handprint cast of every inductee into the Country Music Hall of Fame. The park also contains a sculpture of Slim Dusty, as well as a monument to the late country music legend, Joy McKean.

For breathtaking views of the Tamworth region, head to Oxley Scenic Lookout. Located just a short drive from the city centre, the lookout offers panoramic views of the surrounding countryside. There is also a walking track that leads down to the Peel River, where you can cool off with a swim on a hot day. 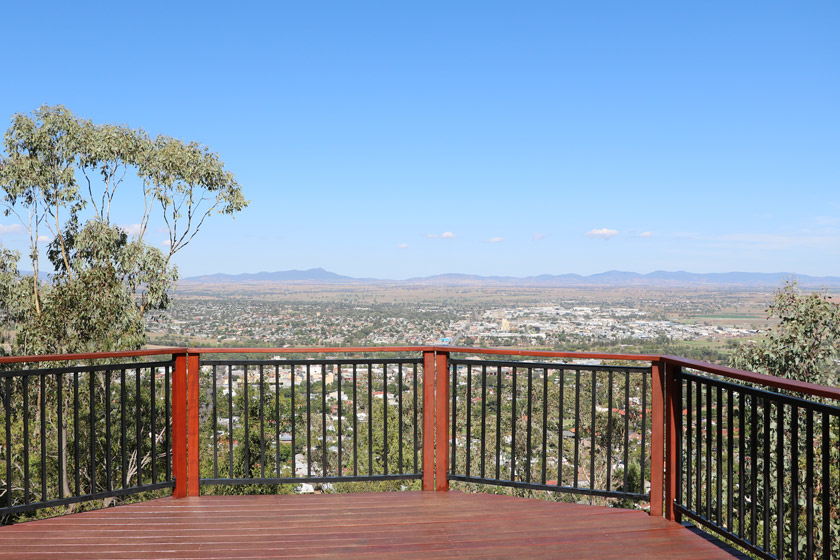 You can enjoy some of Tamworth’s local bounty at a range of restaurants and the annual 10-day Taste Tamworth Festival in April, which celebrates the region’s fresh produce and cool climate wines.

It’s not all museums and history in Tamworth, there are modern attractions and activities to get excited about too.

Head to nearby Manilla to try a little Paragliding. Just a short drive from the heart of Tamworth, you’ll be able to take in views of the Tamworth region from a whole new perspective.

Or try Tamworth’s Escape Rooms which provide you with a unique opportunity to participate in a real-life game. Just as in the movies, you have 60 minutes to complete the puzzles in order to “escape” the situation. You can select from one of four themed rooms on offer. Fun and challenging puzzles await you in every room!

Try your hand at bowling – Tamworth Tenpins has something for everyone including tenpin bowling, over 40 arcade machines and a cafe. Tamworth Tenpins is open seven days a week, open late Friday and Saturday nights.

This Australian region is pretty impressive close up and boasts intriguing statistics, below are some answers to some of the most commonly asked questions and interesting facts about Tamworth NSW.

How big is Tamworth?

According to the 2016 Australian Census, the population of Tamworth is around 77,000 people. Tamworth is smaller than Port Macquarie, but bigger than Orange and Dubbo.

Prior to European settlement the area was home to the Kamilaroi Aboriginal people who knew it as ‘Calala’ which was thought to mean ‘place of battle’. John Oxley entered the Peel River Valley in 1818 and the first squatters began to arrive in 1830. Tamworth became a town in 1850, and shortly after, a school was set up. In the 1850’s Gold was discovered in the region. In the 1880’s a railway station was opened in Tamworth.

Known as Big Sky Country, Tamworth is part of NSW’s New England region, a place to immerse yourself in spacious beauty, inhale the magnificence around you and enjoy the big outdoors where the stars seem to touch the earth. Enjoy the cool summers in the tablelands, the rustic colours of autumn, the cosy hospitality in the winter or the crisp, fresh air in spring.

The major centres for New England are Australia’s country-music capital, Tamworth, and the university town of Armidale.

Tamworth is a big city in a country setting, typifying the spirit of country Australia. It holds the annual Carlton Country Music Festival, attracting hundreds of thousands of music fans.

Armidale, home of the University of New England, is surrounded by and wide stretches of farmland, exhilarating mountain scenery and boundless national parks.

The World Heritage listed Barrington Tops and New England national parks fall within the region as do Cathedral Rock, Gibraltar Range, Oxley Wild Rivers, Boonoo Boonoo and Queen Mary Falls. Each park offers its own distinct flora and fauna, a rich natural history, and a multitude of breathtaking attractions and beauty.

But wherever you go, a warm country welcome awaits. Choose from farmstays, cabins or comfortable motels. Farmstays provide a complete family holiday, with a chance to ride horses, meet the animals or help with farm chores.

Discover some of the accommodation in and around Tamworth