The Flinders Ranges and Outback equals beauty on a massive scale and mateship in the smallest pubs. 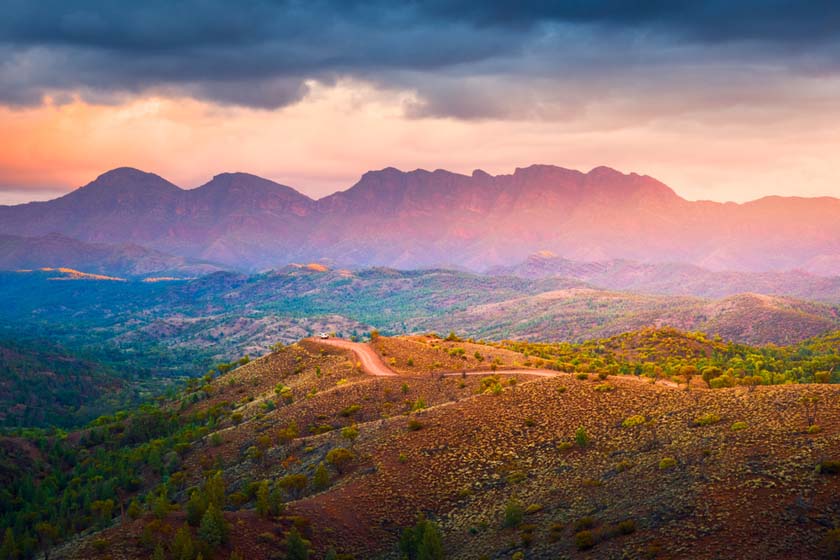 Covering more than 80 per cent of the state, it’s a region of great diversity: from the pink parallel dunes of the Simpson Desert down to Mount Remarkable Wines and gulf cruises in the south. You’ll find ancient ranges steeped in Aboriginal legend, bird-filled lakes in the middle of the desert and pretty Flinders Ranges towns celebrating the history of heroic pioneers who opened up the continent with the Overland Telegraph and the Old Ghan railway.

There are great attractions and experiences in the southern, central and northern regions of the Flinders Ranges, so take the time to discover them all on your journey north.

Journey into our big back yard without even leaving the bitumen at Port Augusta’s Wadlata Outback Interpretive Centre, where fun displays cover everything from Aboriginal Dreaming and European settlement to geology and mining. Don’t leave town before visiting the Australian Arid Lands Botanic Garden and taking an Augusta Water Cruise to follow in the wake of Matthew Flinders, the first European to see Upper Spencer Gulf on his epic 1802 voyage.

Ride the Pichi Richi Railway between Port Augusta and Quorn, relaxing in timber-body carriages up to 115-years old as you pass some of the prettiest scenery in the Central Flinders Ranges. A dedicated band of volunteers breathed new life into the abandoned railway in 1973, and now also run guided tours of the workshop in Quorn.

Soar above the saw-toothed ramparts, lush valleys and plunging gorges of Wilpena Pound on an unforgettable scenic flight from one of many Flinders Ranges and Outback centres: from Rawnsley Park and Wilpena Pound Resort to Arkaroola Wilderness Sanctuary and Marree. This majestic natural amphitheatre is best captured from above, to fully appreciate its scale and beauty.

Join a growing number of celebrities for a night of gourmet “Flinders feral food” at the famed Prairie Hotel in Parachilna. Stay in superb suites before heading out to explore the wilds of the Northern Flinders, from Lake Torrens to Parachilna Gorge and Blinman.

See ancient Aboriginal artworks throughout the region, from the Yourambulla Caves near Hawker, to Arkaroo Rock and Sacred Canyon near Wilpena Pound. Beside the stunning Cullyamurra Waterhole, way up north near Innamincka, you’ll also find Aboriginal rock carvings. 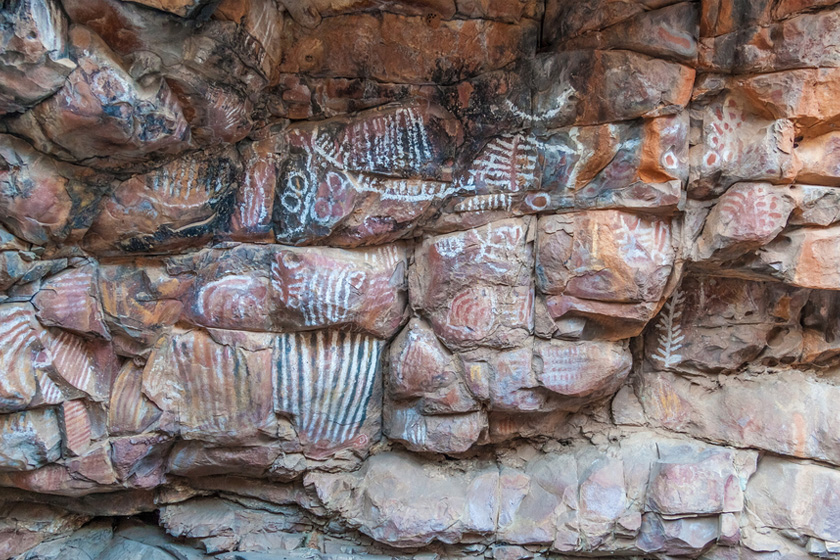 Be blown away by some of the most spectacular scenery in Australia and look out for rare flora and fauna on Arkaroola’s famed four-wheel-drive Ridgetop Tour (the views from Sillers Lookout offering a fitting finale to the journey). Then travel the universe on a journey to the stars from one of three astronomical observatories.

Visit a beautiful underground church. Play golf on a course without grass. Noodle for opals and keep what you find, or buy up big at more than 30 gem shops in Coober Pedy, the world’s opal capital. Then discover the landscapes beyond: the ochre hills of the Breakaways, the barren Moon Plains and the 5300 kilometre Dog Fence, the longest fence in the world. Stay overnight in an underground hotel.

Be a postie for the day on the Outback Mail Run from Coober Pedy, travelling more than 600 kilometres to the legendary Outback towns of Oodnadatta and William Creek. En route you’ll deliver the post to remote cattle stations and pass historic ruins, monuments and the Overland Telegraph line (which first linked Australia to the United Kingdom in 1872).

With a population in the teens, William Creek has a local store and campground, a pub and a pub carpark that used to double as an airstrip. In 2000 the local airline Wrightsair was flying out every 10 minutes when nearby Lake Eyre was in flood for only the third time in 100 years. The timber and iron pub is like a giant visitor’s book. Over the years it’s been wallpapered with business cards, hand-written notes, bras, jocks and just about anything else not nailed down.

Get airborne for a scenic flight over Lake Eyre. Everything about this salt lake is massive: it’s about the size of Holland; one sixth of Australia drains into it; and the salt crust is estimated at about 400 million tonnes (it can harbour water nine times saltier than the sea). In flood it becomes a nature lover’s paradise, drawing tens of thousands of gulls and pelicans from the coast. 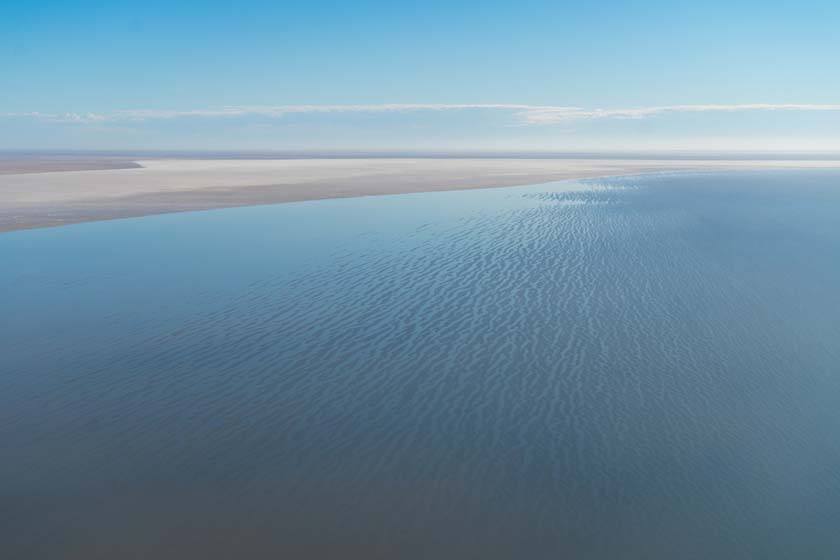 Dalhousie Springs and the Simpson Desert

Soak in the soothing thermal waters of Dalhousie Springs, Australia’s largest complex of artesian springs and used for tens of thousands of years by desert Aborigines. Camp overnight before wandering through the Dalhousie ruins and jumping back into the four-wheel-drive to explore the awesome Simpson Desert and its sea of parallel red sand ridges.

South Australia’s Outback is vast and isolated, with few towns and facilities. Stay safe and plan well ahead to ensure your journey is as enjoyable as possible.

About Flinders Ranges and Outback